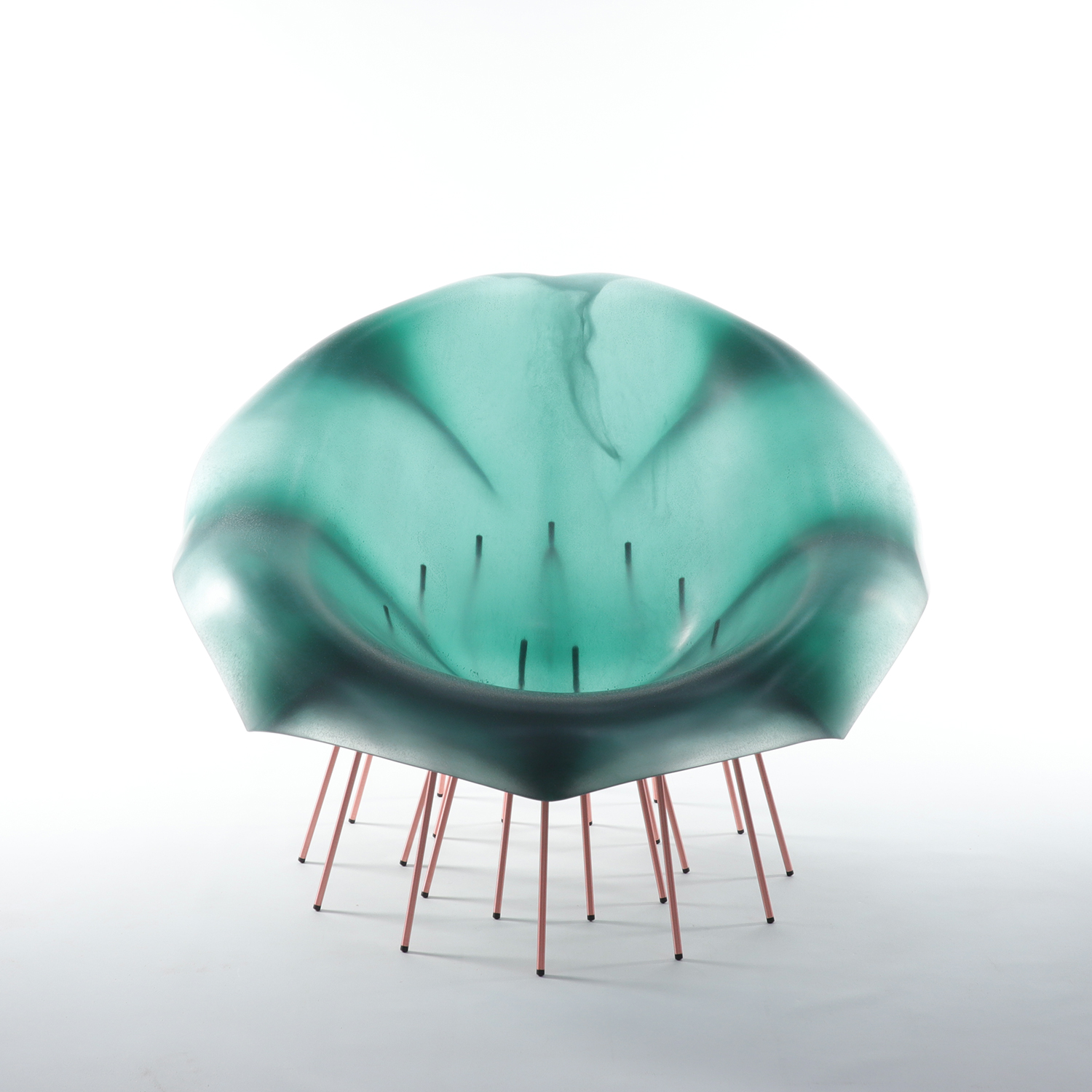 THE BIRTH OF FLUID

Danish duo Egeværk is always in search mode. Every time they hold a piece of wood in their hands, the search for the soul of that specific piece of wood begins in a mysterious process where man and material seemingly become one. And each time they step outside, they observe natural phenomena which they then begin obsessing about. How do we translate this leaf, this sunset, the movement of that deer into a new wooden piece? Another mysterious process.

Fluid is an unusual Egeværk piece, cast in resin and mounted with copper legs. She is colorful, transparent, futuristic and has an extroversion about her. At a first glance very different than the pieces, Egeværk are known for; minimalist wooden pieces – introverted and subtle presences in the spaces they inhabit.

The process behind the making of Fluid explains a lot, though. First, Egeværk fell in love with a sea creature and studied it meticulously. Movements, viscosity, tentacles… Silence and resilience. The way the creature visually reflects light and absorbs the colors of its surroundings. All observations were captured in the making of an enormous handshaped wooden shell; beautiful and comfortable to sit in. The soul of the creature had merged with the wood in the hands of the duo. Based on this piece, the Fluid moulds were created.

Each Fluid is made individually in the original moulds. The resin is tinted in different colors, and the fluid material is whipped to capture as many air bubbles as possible. The casting process is difficult and complex due to the amount as well as volatility of the material. All experts agree; it can’t be done.

It is done: The sea creature is reborn, looking as if she still has a pulse. At times, she looks like a creature from outer space. The primordial soup revisited.

FLUID. OUT OF THE WOODS. BORN OF THE OCEAN. SHOT INTO SPACE.