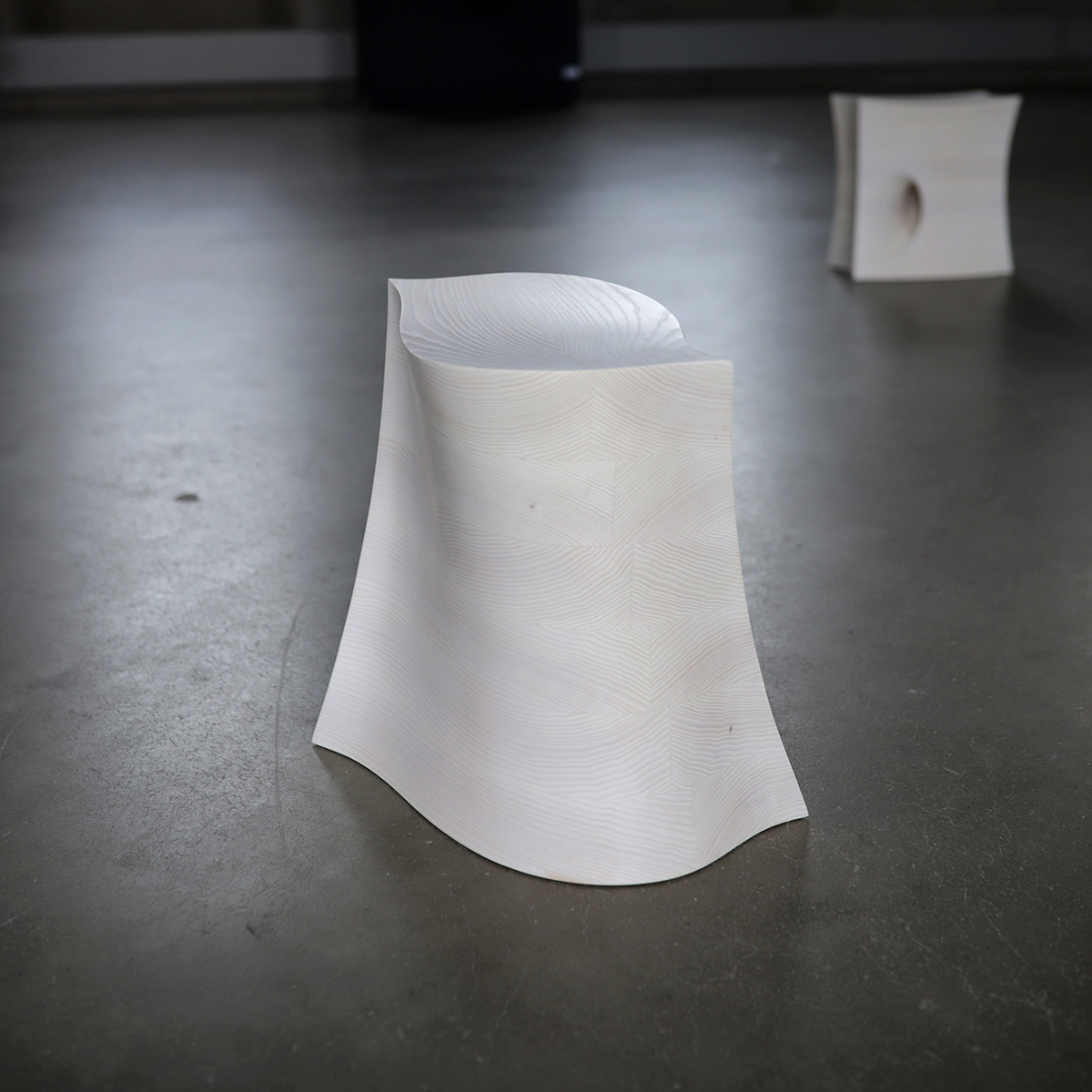 Mette Bentzen and Lasse Kristensen, known collectively as Egeværk, are dynamic youin Elsinore, near Copenhagen. furniture designers with a creatively ambitious workshop based . Their progressive practice challenges the status quo in the world of Danish fine furniture; they create meticulously crafted contemporary sculptural and conceptual pieces, while drawing on craft traditions dating back to the time of their great-grandparents.The ICE series originated from a deep-rooted connection to the landscape in Egeværk’s native homeland and neighbouring countries, specifically the harsh winter icescapes of Denmark, Sweden and Norway. The designers asked themselves if it might be possible to capture the aesthetics of ice and how to craft in their medium of wood.