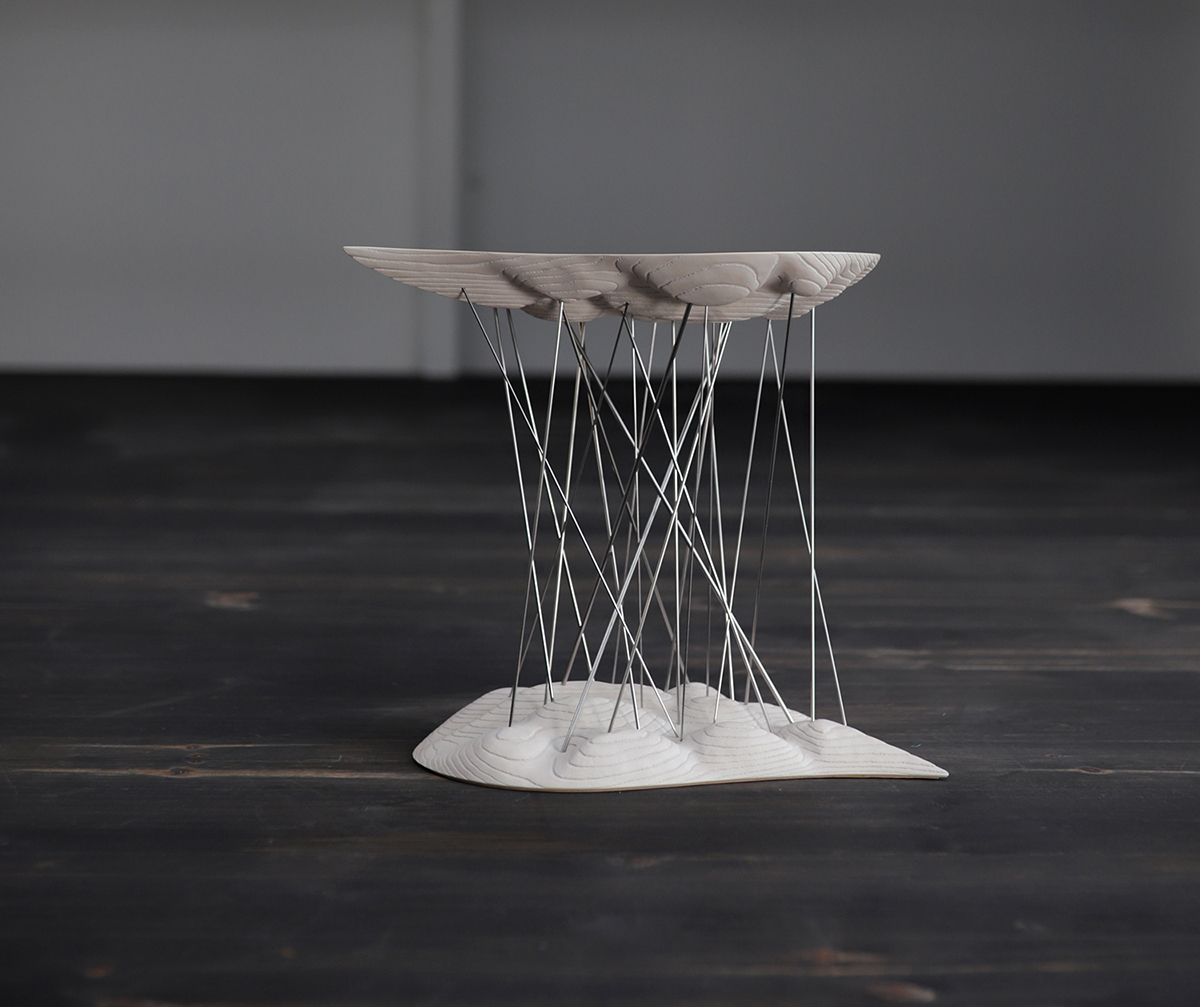 Light as feathers, full of dream-like qualities, able to hold enormous amounts of rain and block the sun and the blue color of the sky out on grey days. Fluffy and friendly, dark and threatening.

The guiding principle behind this new piece has been the notion of  an ‘inner force’. The stool is a slender piece and an exertion of power at the same time. We have examined vulcanoes as a striking example of an inner force. We also created a small waterfall to study the movements of water, but eventually the motion, drama and – yes – force of clouds became the most inspirational idea.

The assignment was to make a stool with a minimal amount of material, easy on the eyes, and comfortable enough to sit on during a nice dinner. Our result is Above. A slice of heaven to sit on.

We have created a stool which is physically and visually light, communicating some of the apparent qualities of a cloud. We have used our favorite material in the whole wide world; namely Danish ash tree. It is light and discreetly distinguished. The way we have cut and sandblasted it, creates a charming and ascending pattern, reminiscent of the natural shapes of clouds. Everybody knows that thoughts grow in the same fashion when we observe these natural patterns. Between the two cloud-like layers of wood, we have constructed a steel construction which is light and incredibly sturdy at the same time.

Above us only sky.