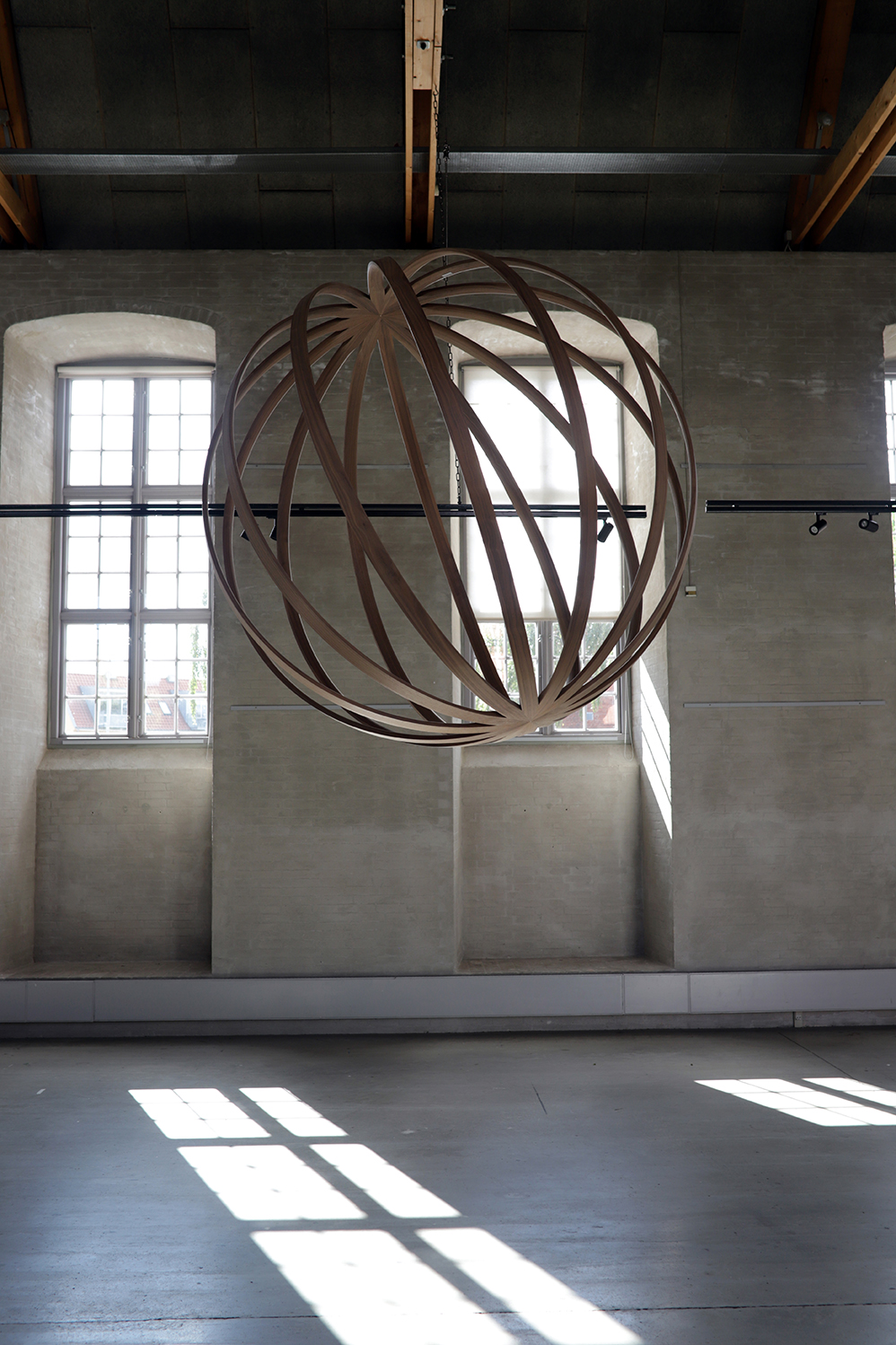 The hanging wooden sculpture ORBIT celebrates one of nature’s most fundamental shapes; the sphere. At a first glance, ORBIT is large, impressive, and easy on the eyes. After a little while, the complexity of the design kicks in.

ORBIT consists of 14 walnut arcs and is tilted at a 23,5 degree angle. Thus, ORBIT will never look exactly the same while rotating peacefully on its off axis. The hanging three-dimensional sculpture is large enough for a grown man to stand upright in it, and the size and shape of it conjures up the image of the Vitruvian Man. Still, this archetypical picture of harmony and perfection is unsettled; would the Vitruvian Man be able to keep his balance in this tilted sphere?

ORBIT exudes an air of self-sufficiency. Well aware of its own beauty; a closed force field. At the same time, ORBIT is reactive and in dialogue with its surroundings. A friendly presence automatically amplifying natural forces in the room. Light is filtered through the sculpture, and interesting shadows appear on all surfaces. The relative lightness of ORBIT makes it react to subtle changes in the air; draugths, waves of heat, someone passing by it with quick steps.

ORBIT is designed and crafted by Egeværk. The monumental sculpture is made of 14 slim walnut arcs. The perfect shape is achieved in a painstaking process where large walnut planks are first cut into 4,5 mm slats. Each slat is carefully numbered, then glued together and forced into shape in the exact same order as they were cut. Grain structure is kept and the slim arcs become strong enough to – unsupported in any way – keep the perfect globular shape of ORBIT. Two miniature pieces of maple join the 14 arcs in each end. Four edges each; a total of 56 held together by two small dots of light wood.