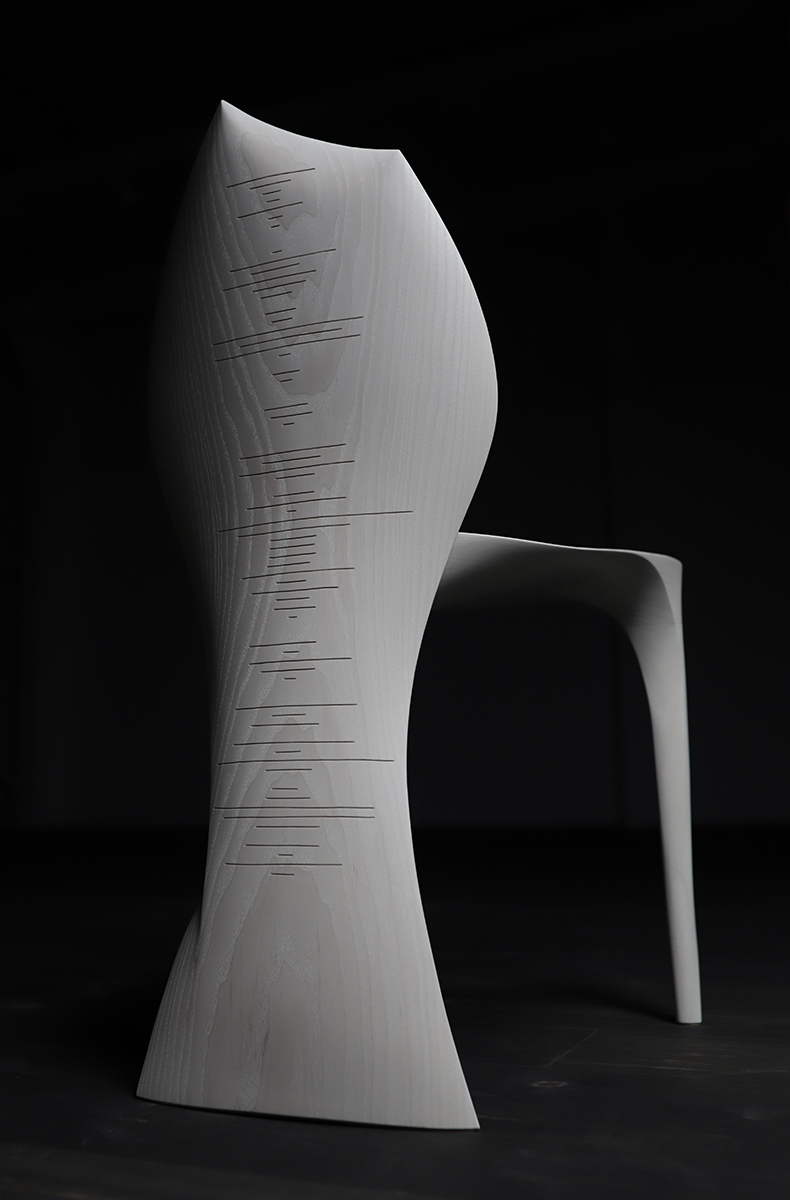 In 1979, Danish songwriter Kim Larsen wrote a song about a life-changing moment. A simple song about falling in love. Later, singer and actor Jimmy Jørgensen interpreted this song on the stage of Copenhagen-based theater Aveny T, and created a truly magical moment, captured only on blurry video recordings on YouTube. Given the 2021 challenge to create a new chair for Aveny T, Egeværk wanted to capture magical theatrical echoes, give them a physicality and thus keeping significant – perhaps even life-changing – moments forever. Jimmy Jørgensen’s striking voice was recorded in the empty theatre, and the soundwaves were then milled into the elegant back of the chair. Sometimes it takes a lot of hearing to understand something. Sometimes we see something a million times without really getting it. Sometimes it takes a fraction of a second to experience a miracle. Such as falling in love. Or experiencing great art.

Concept The chair was developed for an expansion of Aveny T dedicated to a young audience. In Egeværk’s concept, all chairs would display different lyrics and quotes from remarkable artists from the history of Aveny T on the backs. A few chairs would have no engravings on the backs; leaving room for the voices of the next generations. Material: Danish ash.

Singer and actor Jimmy Jørgensen sings “Dagen før” by Kim Larsen. The soundtrack of Jimmys singing is carved into the back of the chair.